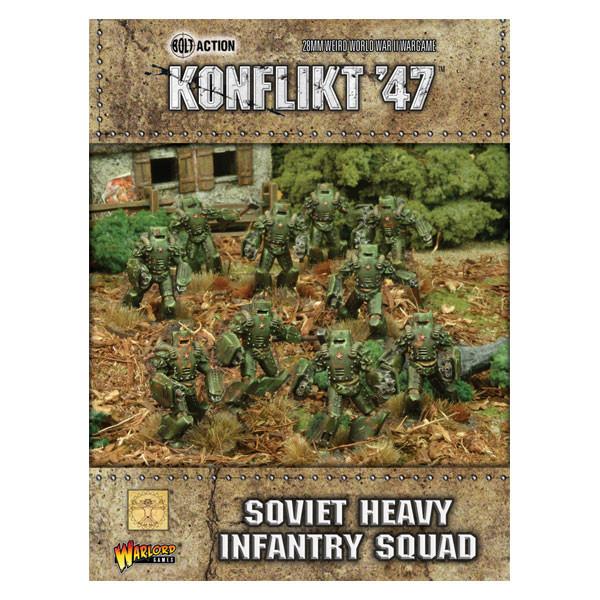 In a rush to keep up with their foes, Soviet infantry armour was developed quickly and put into use not long after their rivals. Cumbersome and bulky, the Soviet suits lack subtlety, but their effectiveness is not disputed. Unlike other nations, the Soviet heavy infantry is considered more of an anti-vehicle unit.

Slow but resilient with a duel weapons system these are some of the hardest hitting infantry in combat today. A true centre anvil for the hammer to fall upon and crush the motherlands foes...