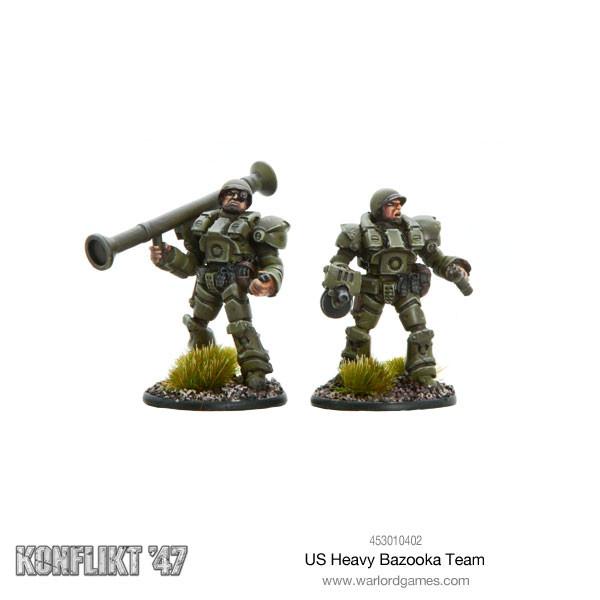 After recognising the limitations of the bazooka when facing the newer heavy German tanks, the US produced a heaver version that a fired a shaped charge similar to that of a the highly effective panzerschreck. The weapon proved too heavy and bulky for regular use, but was highly suited to the new armoured infantry formations.

Resilient and boasting a 'super bazooka' which does as much damage as you think it'll do, the Heavy Bazooka team can reliably take out nearly any armour. Make sure they are comfy behind some cover or outflanking their opponent and then shove a rocket into the rear-end of an unsuspecting tank!