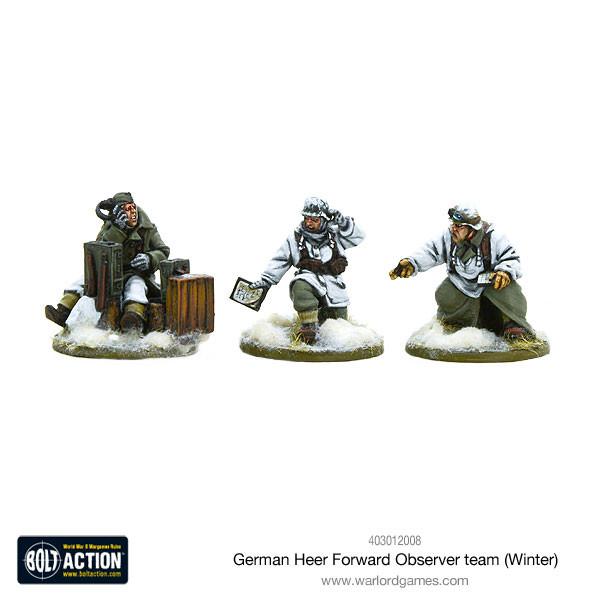 An artillery observer unit consists of an artillery officer model and can include a second model as assistant radio operator. Artillery officers were often attached as liaison at company level to coordinate the fire of artillery batteries behind the front line. This was done in various ways, ranging from the use of radio or field telephones to runners.

Don’t forget that once per game, when the forward artillery, observer unit receives a fire order (not from Ambush), the observer can contact his forward battery, calling in either an artillery barrage or a smoke barrage.

This only accounts 2 of the 3 men, the last one will be a spotter! His role is to lie in some forward position from where he can more directly relay target coordinates to the artillery crew, directing their fire using either a radio or fixed line.