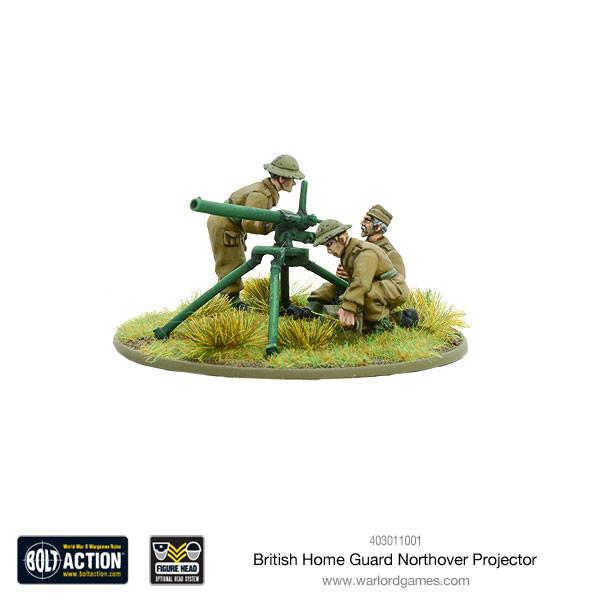 The last black powder weapon ever issued to the British Army, the Northover Projector was a 1940 improvised antitank weapon specifically designed for the Home Guard. It was the brainchild of Major RH Northover, a Home Guard officer.

Another smooth bore weapon, the projector fired the No. 76 Special Incendiary Grenade (as well as fragmentation grenades) with an effective range of about 150 yards. The Projector cost about £10 to make and was usually fixed to a tripod but examples were mounted on vehicles including motorcycle side cars.

The No. 76 grenade was designed as a hand-thrown incendiary white phosphorous grenade. Tests demonstrated an exceedingly limited effectiveness against armoured vehicles. Caches of the grenades hidden by the Home Guard and Auxiliary Units still turn up from time to time to the consternation of all concerned. Around 19,000 Northover Projectors were issued.