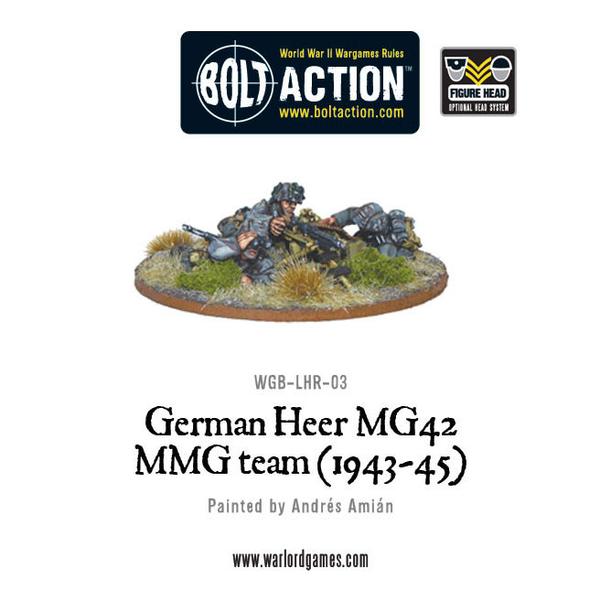 Known as "Hitler's Buzzsaw" on account of its high rate of fire.  The MG42 fired 1250 rounds/minute, more than twice that of the British Vickers Machine Gun and American Browning.  Add this tremendous firepower to your Germans and give your infantry some much needed support.

Unlikew other armies, the Germans used the same machine gun both as a squad weapon and as a tripod mounted support weapon. The tripod mount provided a much more stable firing platform and made it easyer to keep up a continouos fire using a belt feed.