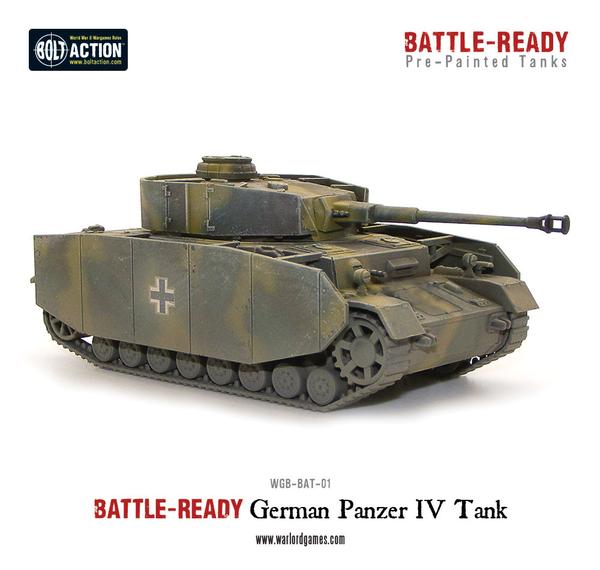 The Ausf H with its new muzzle brake and protective schürzen side skirts. A regular sight on late war battlefields, the Ausf H is one of the iconic Panzers of the war. It packed a punch with a deadly long-barrelled 75mm gun, giving it great hitting power. It was also mechanicaly reliable and had armour that had been doubled in places, after lessons learnt during the early stages of the war, greatly increasing its survivability.

By the time of massive battles in Russia in middle of the war the Pz IV was also carrying the detachable screen side armour known as schürzen. This was in response to the threat posed by Russian anti-tank rifles and, latterly, by Allied hollow charge bazooka style weapons. The PzIV is the backbone of your Panzer regiments!