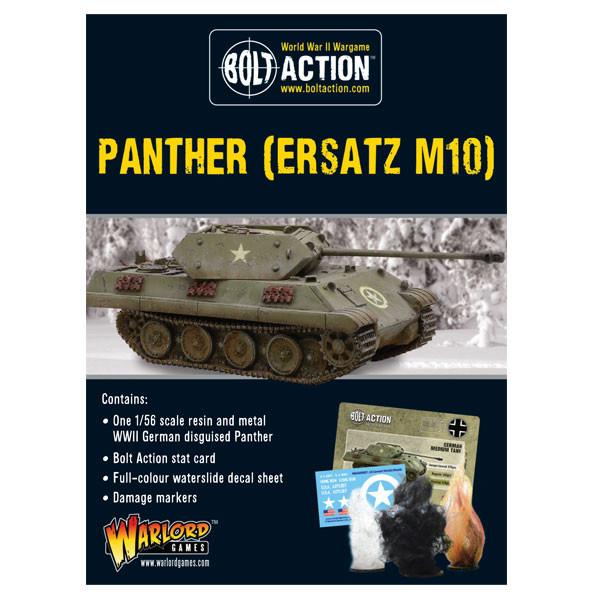 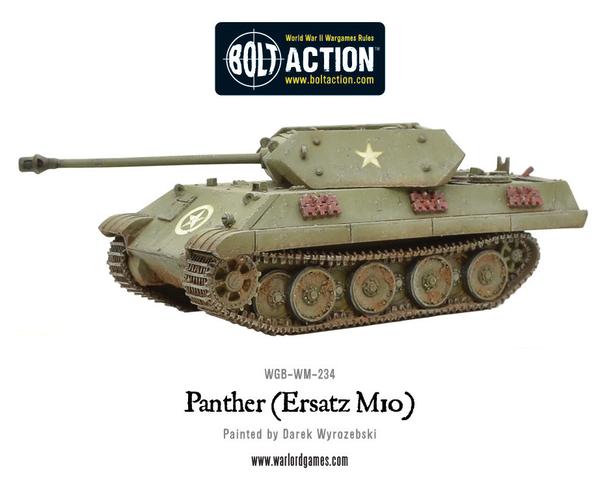 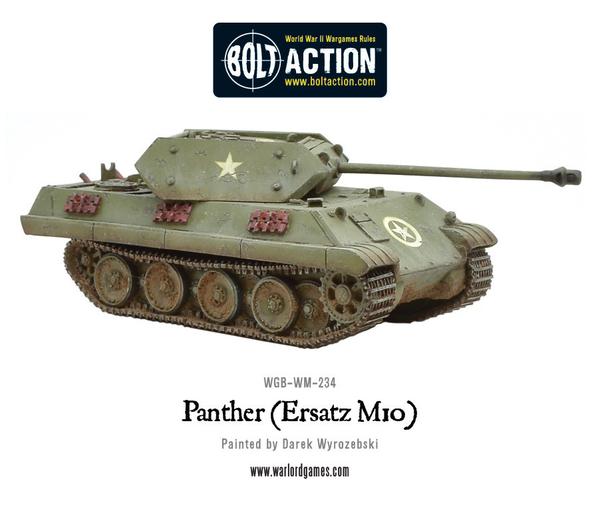 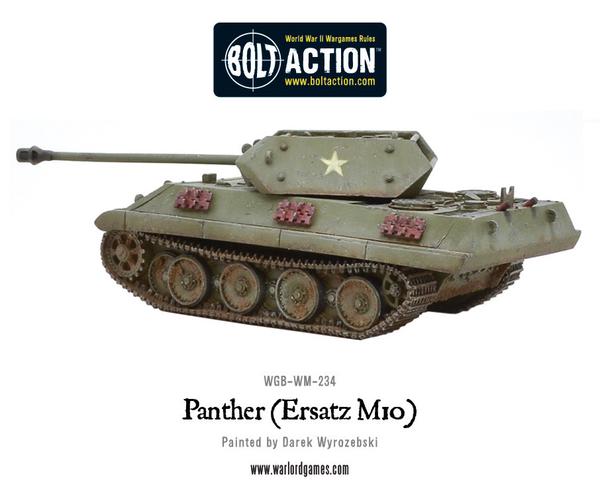 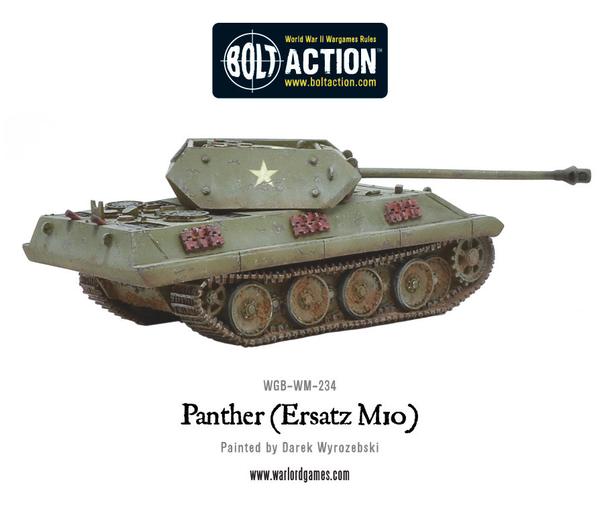 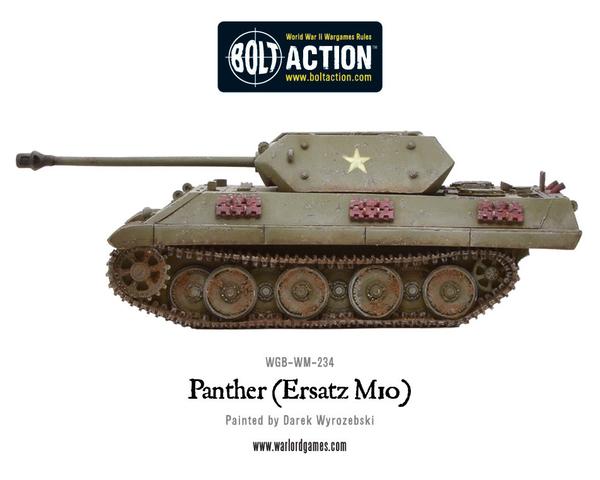 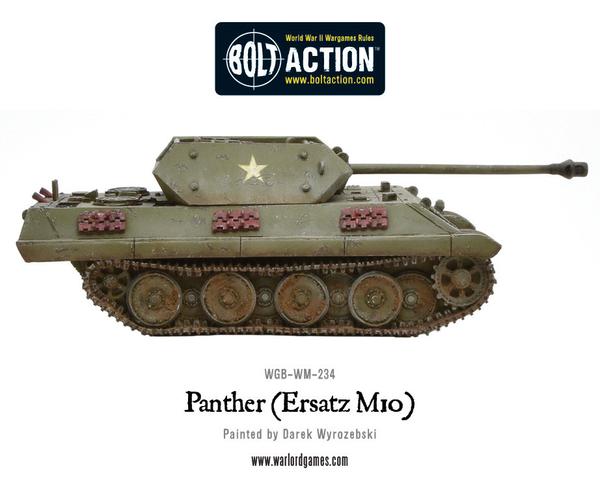 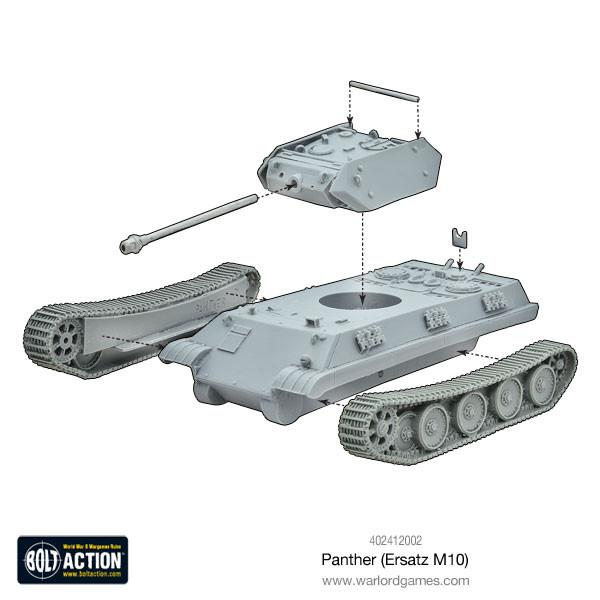 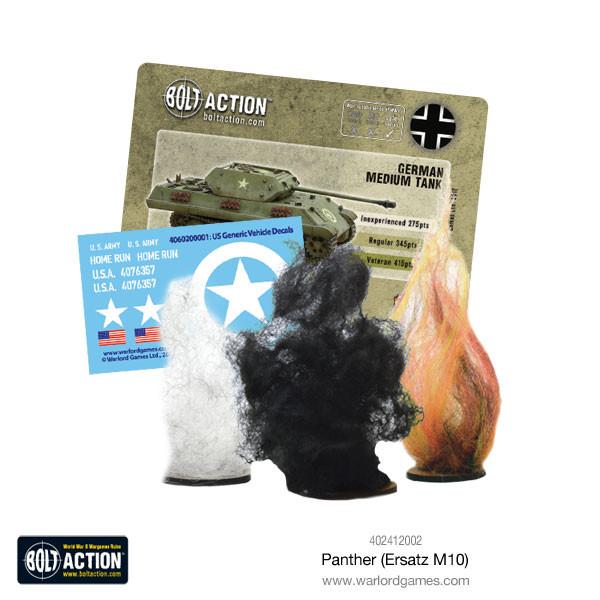 It’s the 5th December1944 and SS-Obersturmbannführer (lieutenant Colonel) Otto Skorzeny desperately tries to gather men and equipment for the offensive due to start just a few days later.

Skorzeny was famous for his daring rescue of Mussolini and perhaps more so his special commando units employed in operation ‘Greif’ part of the ‘Wacht em Rhein’ counter offensive, later known as the ‘Battle of the bulge’

Lacking real American equipment the resourceful German units turned to camouflage. By painting & welding on extra plates, they put together 5 panthers designed to have the general similarity to the American M10.

These Panthers were designated B5-10 and sent to join Kampfgruppe X (one of the 3 Kampfgruppe’s X,Y,Z that made up Otto Skorzeny Panzer Brigade 150, Y received five Stug III G’s with Saukopf mantlets painted as vehicles belonging to the US army 81st Tank Battalion) at their muster point near Münstereifel on the 14th.

This Ertzats Panther (M10) is perfect for representing Kampfgruppe X’s drive toward the Ambléve at Malmédy!