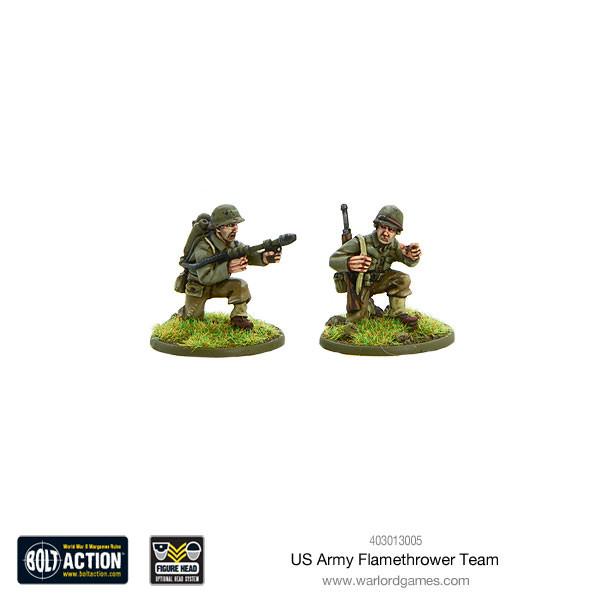 Flamethrowers were used throughout the war, especially in the Pacific, to clear our tunnels and bunkers. During the Normandy landings the number of flamethrowers was increased to allow the men to open a gap in the fortified Germans lines.

The flamethrower can unleash an immense amount of damage with just one burst of it's molten stream. It can take out multiple men simultaneously, even making short work of veterans which can make it invaluable. It can even nullify cover advantages, making it the perfect objective clearer.

Don't forget that this weapon can potentially do up to 6 hits with +3 pen!