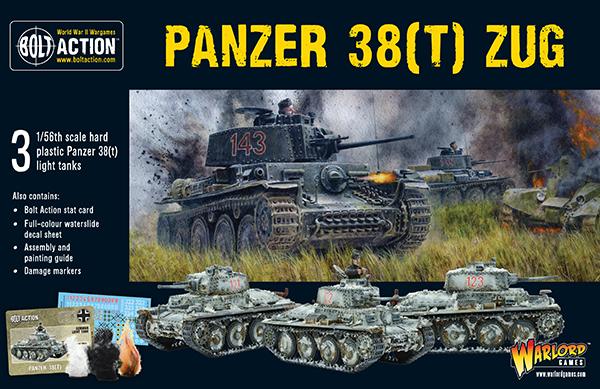 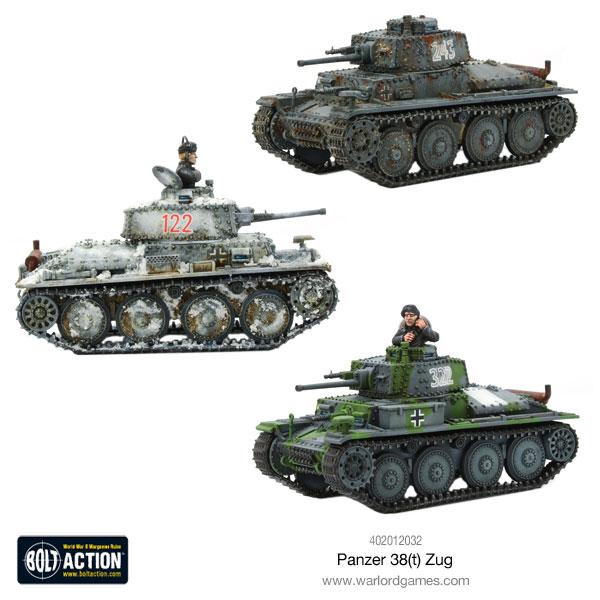 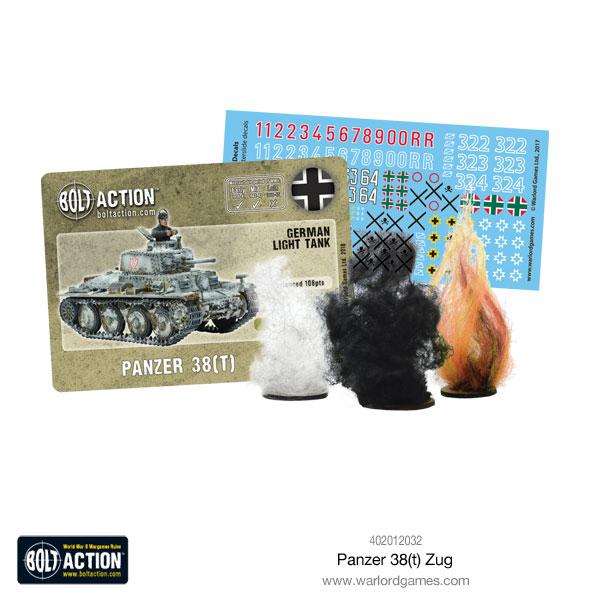 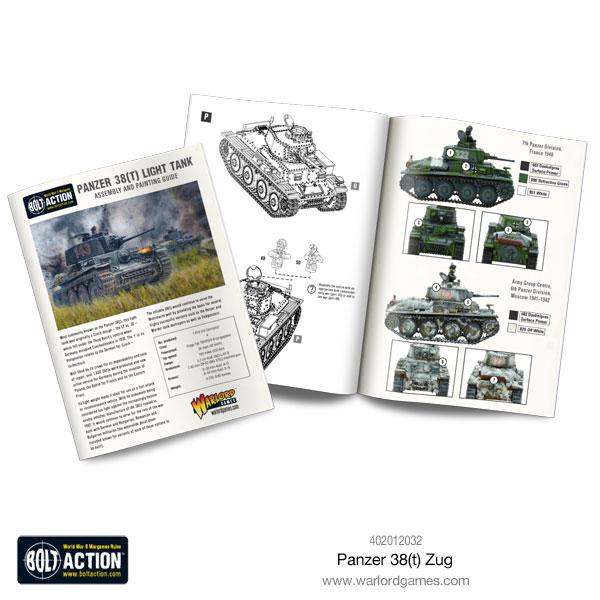 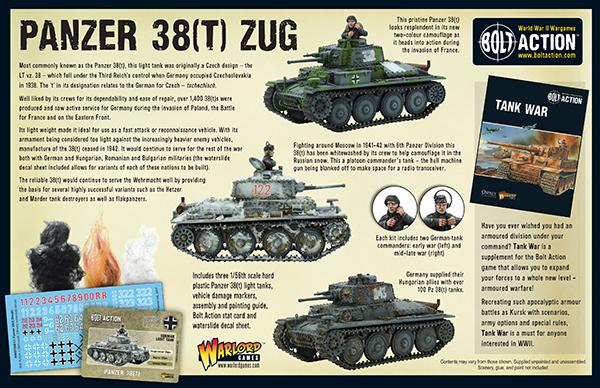 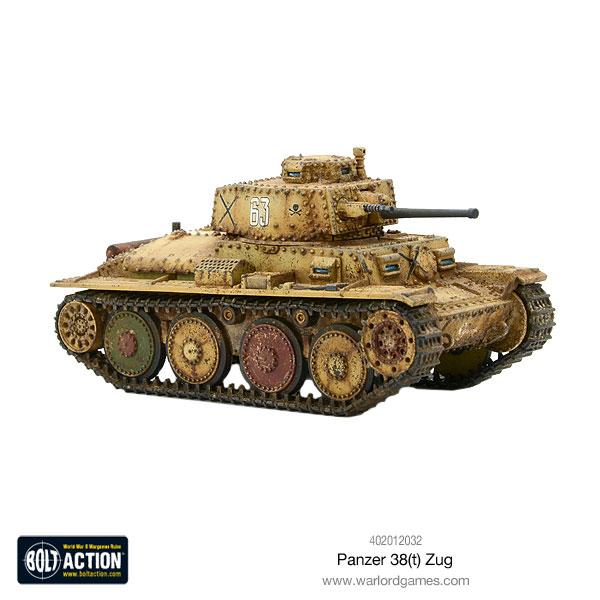 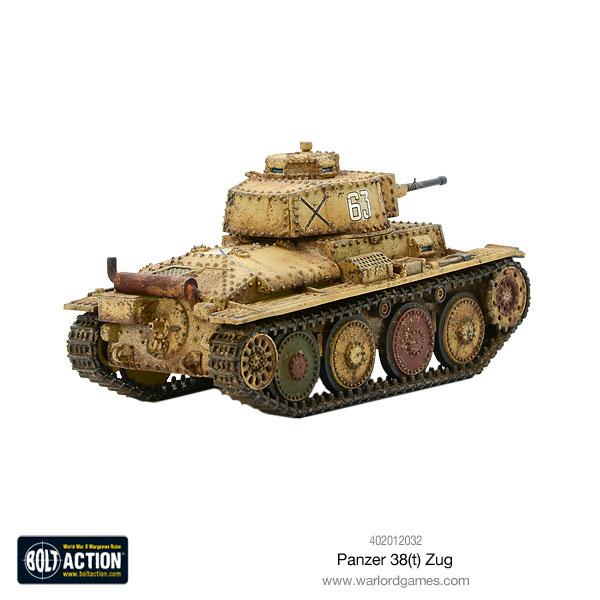 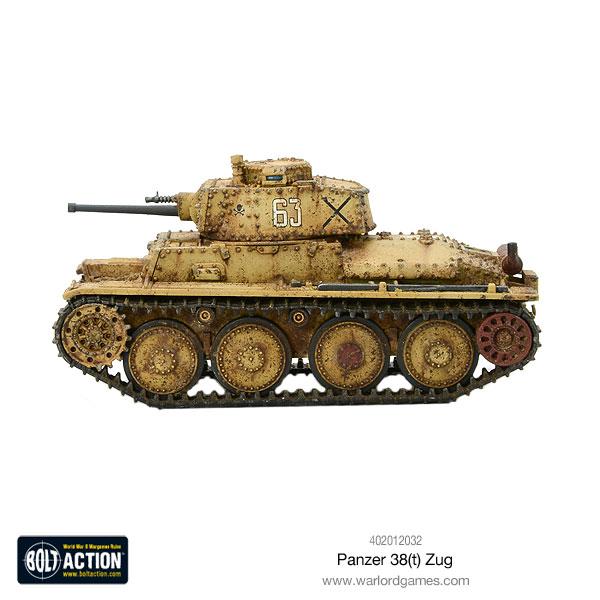 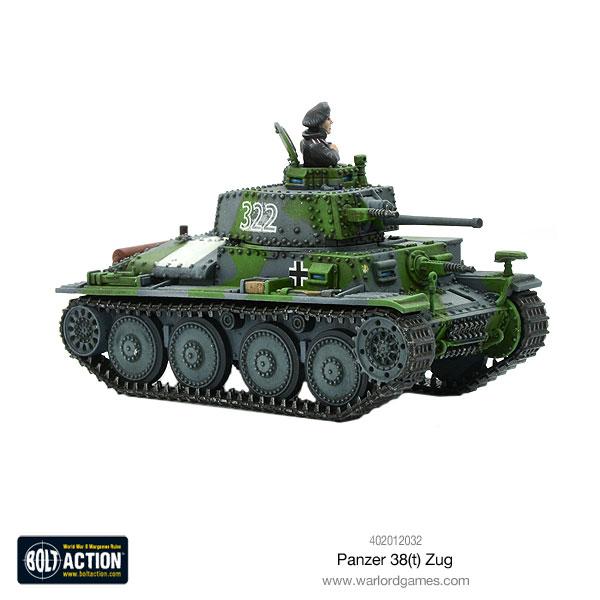 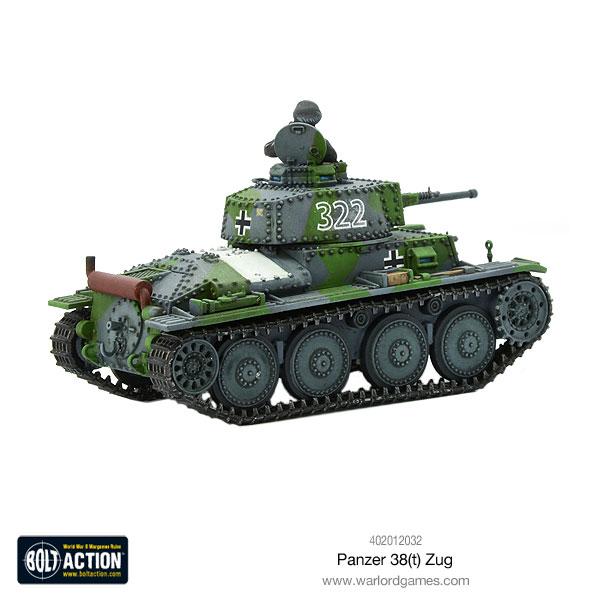 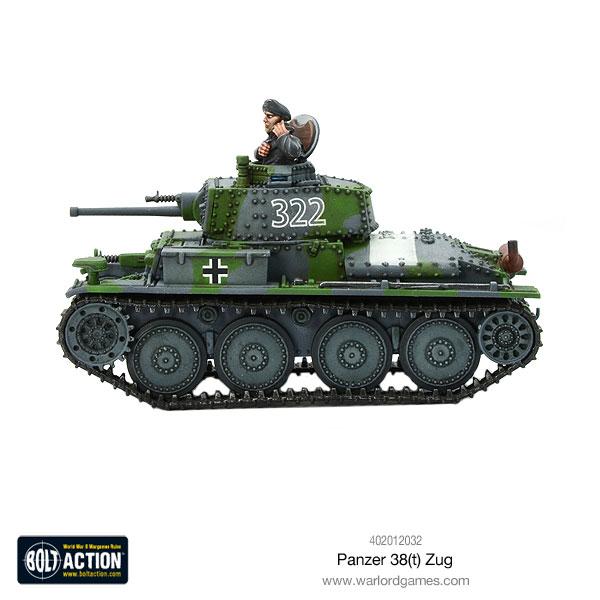 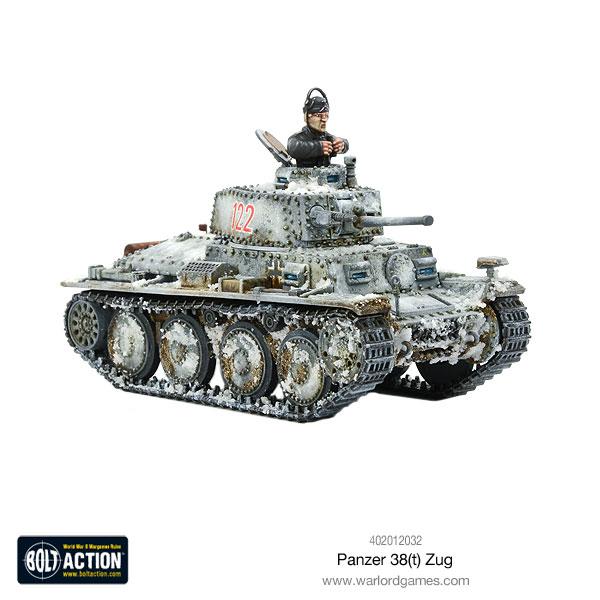 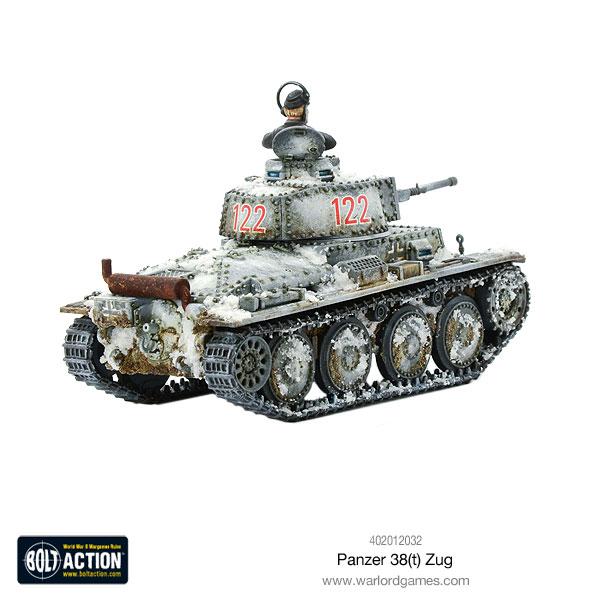 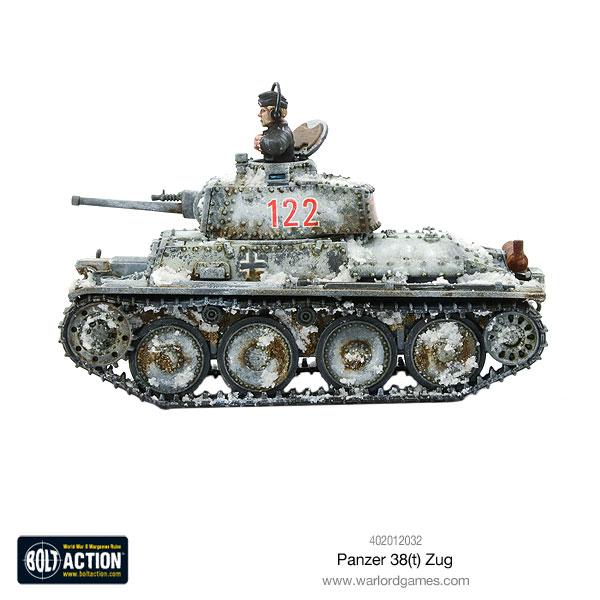 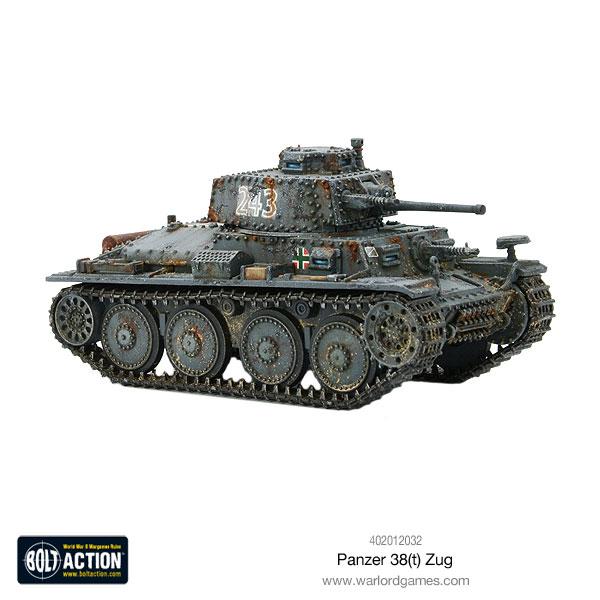 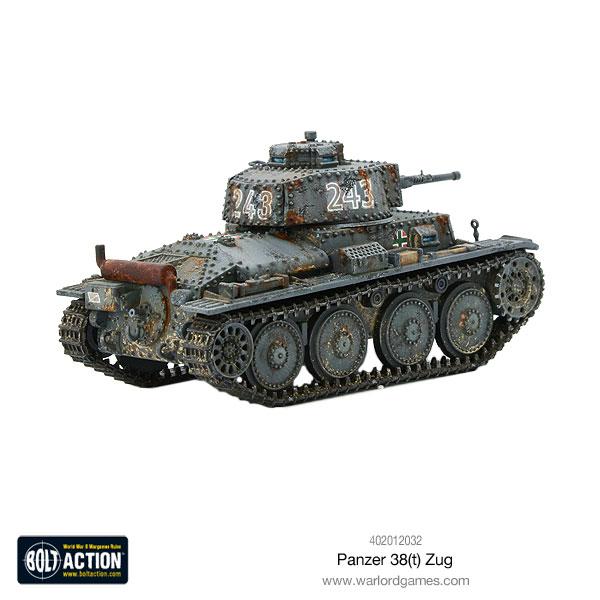 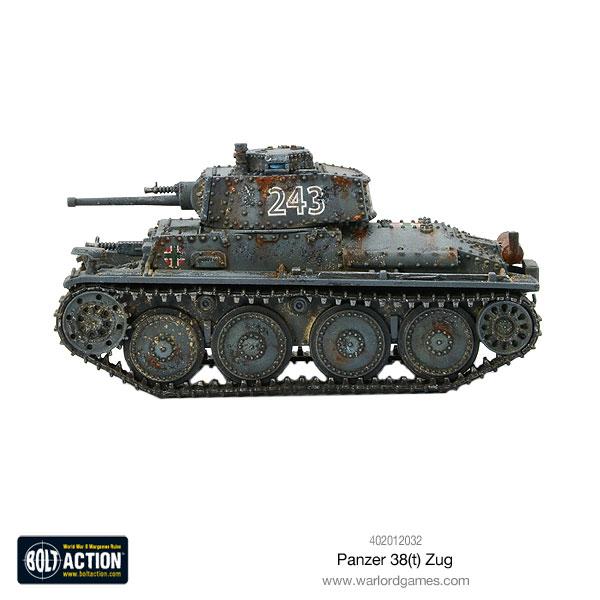 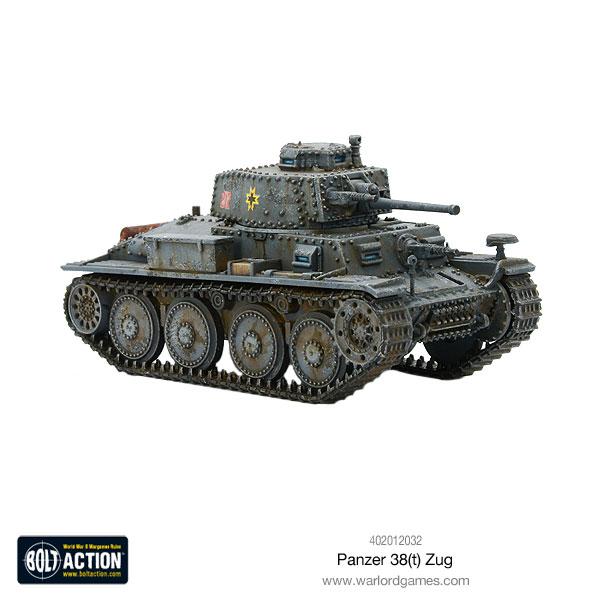 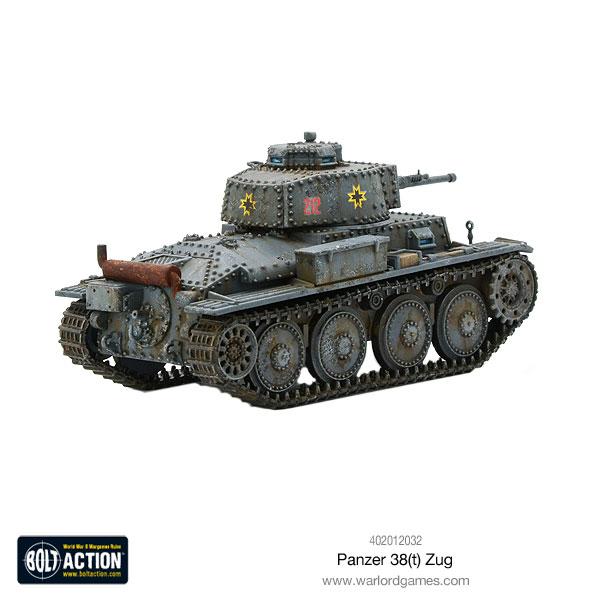 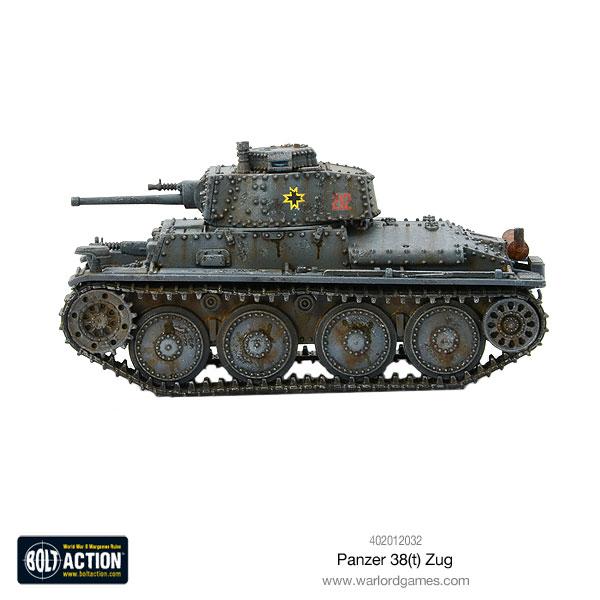 Another light tank, the 38(t) was a Czech design (the 't' relating to the German word for 'Czech' - 'tschechisch') which was adopted for service with the Wehrmacht after the annexation of Czechoslovakia in March 1939.

Originally designated the vz 38, it was improved upon through the marks with better radio equipment, changes to the vision slits and lights and the Ausf G was up-armoured. It was armed with a 37mm gun and a co-axial-mounted and bow-mounted machine gun.

The 38(t) served from 1940, with 7th and 8th Panzer Divisions in France and became more widely used in the invasion of Russia. Models were also exported to Germany's allies, such as Hungary, Rumania and Slovakia.

Production was halted in 1942, by which time it had (like the Panzer II) become obsolete, but it had done sterling service and proved itself a capable tank for its day. Its reliable chassis would continue to be used throughout the war for self-propelled guns such as the Marder III.