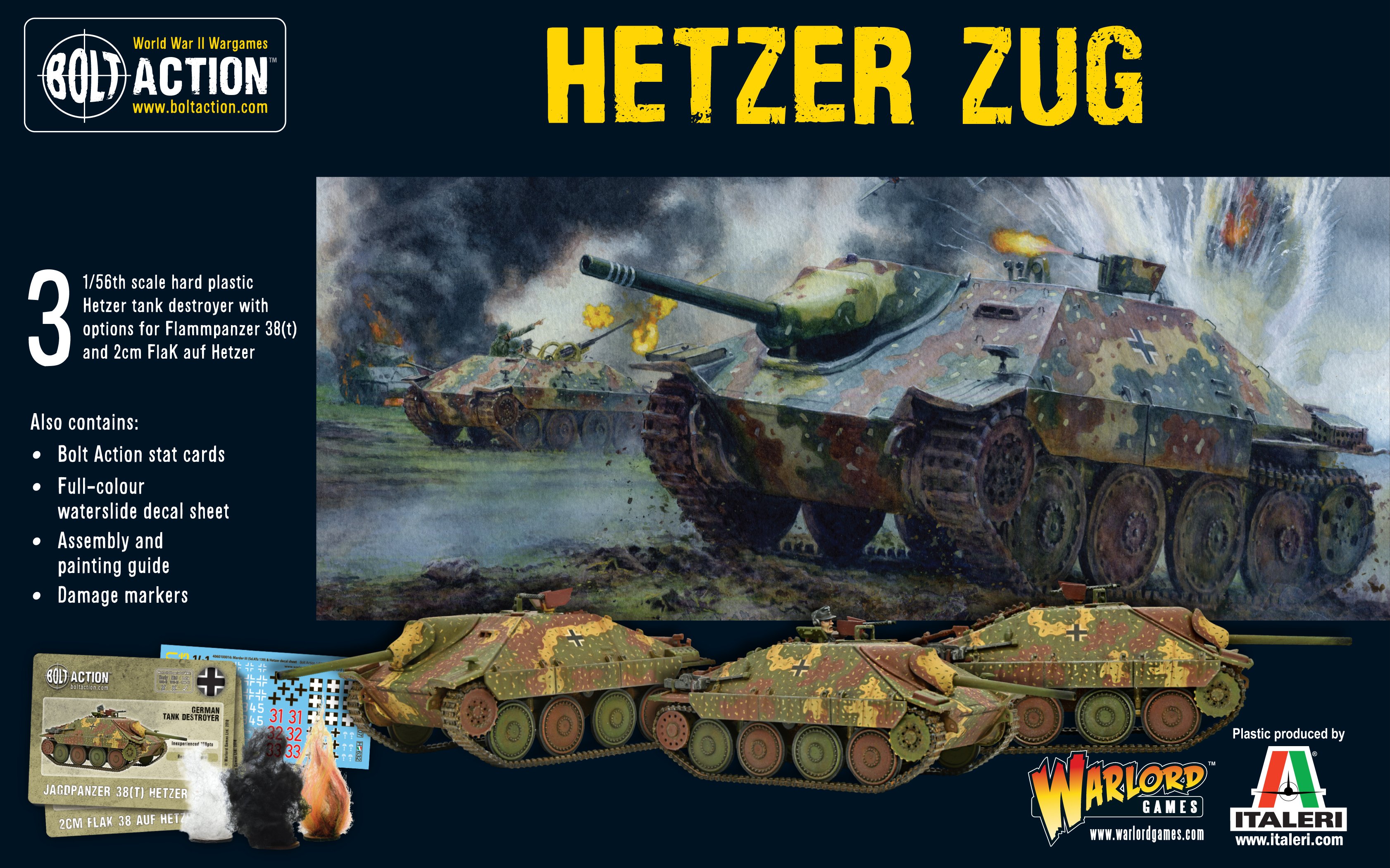 The Hetzer – or Jagdpanzer 38t to give it its proper designation – was a small-sized and cheap alternative to the bigger tank destroyers such as the Jagdtigers and Jagdpanther. It carried a relatively powerful 75mm gun – a version of that used on the Stug III. The little vehicle’s frontal armour was as good as that of most Allied tanks although its side armour was relatively weak.

As well as the forward facing hull-mounted main armament, the Hetzer had a remotely operated machine gun that could be fired by the crew from within the vehicle.

Based on the reliable Czechoslovakian Panzer 38(t) chassis, almost 3,000 of Hetzers (Baiters) were built by the war’s end. Their small size and very low profile gave them distinct advantages in the role of tank hunters.

In addition, the Hetzer wasn’t hampered by the mechanical problems associated with the larger tank destroyers such as the Jagdpanther and Jagdtiger, nor did it have the unprotected fighting compartment of the Nashorn or Marder tank hunters. Its remote control roof machine gun gave it good close defence capability.

Hetzers equipped many Waffen-SS and Wehrmacht (even the Luftwaffe and Kriegsmarine) formations, seeing action on all fronts on which Germany fought as well as with the Hungarian army. The first Hetzers entered service with 731st and 743rd Heeres Panzerjäger Abteilung in May/June of 1944.

This plastic boxed set allows you to build three vehicles from the following:

The mid-production Hetzer, Late production Hetzer, the fear-instilling flammpanzer 38(t) and the extremely rare 2cm FlaK auf Hetzer reconnaissance/AA. This ZUG box set is the perfect opportunity to create the different variants that the Germans have developed during the war. Need a dedicated anti-tank? Use either of the mid or late production Hetzers, too many infantry on the field? Flammpanzer! Pesky planes harassing your forces? Bring the 2cm FlaK auf Hetzer reconnaissance/AA and blow them out of the sky!