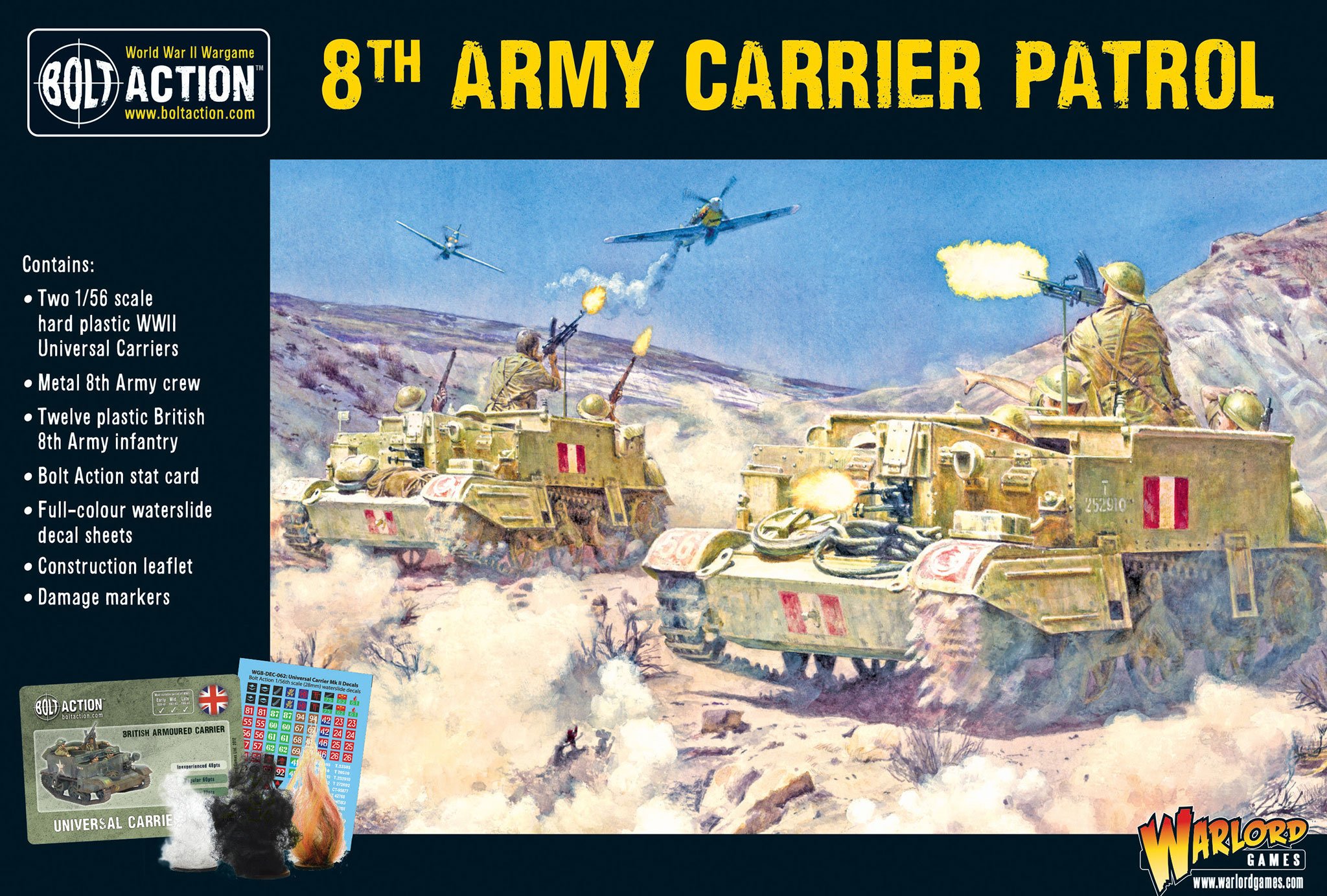 Formed from the Western Desert Force in 1941, the British 8th Army comprised men from across the British Commonwealth - British, New Zealanders, Australians, Indians and South Africans. Following early successes against the Italians in North Africa, the 8th Army suddenly faced a new, more deadly foe - the Deutsches Afrika Korps led by their mercurial commander, Erwin Rommel. Thus began a series of operations with Allied and Axis forces being pushed back hundreds of miles only to regain that territory and more with battles at El Alamein, Tobruk and Beda Fomm becoming legendary. With the Allied victory in North Africa, the fighting soon encompassed Tunisia and then the very heartland of Italy itself.

More properly called the Universal Carrier, this was a fully tracked weapons and personnel carrier and one of the most distinctive and useful transports used by any side during the war. This entry is also used for all the similar Loyd carriers and for the pre-war designed Carden-Loyd Tankette tow.

Struggling against the oppressive daytime heat, choking dust and freezing cold nights in addition to battling their German and Italian opponents the 8th Army become more popularly known as the 'Desert Rats' - a nickname adopted from the 7th Armoured Division, a key component of the Western Desert force.