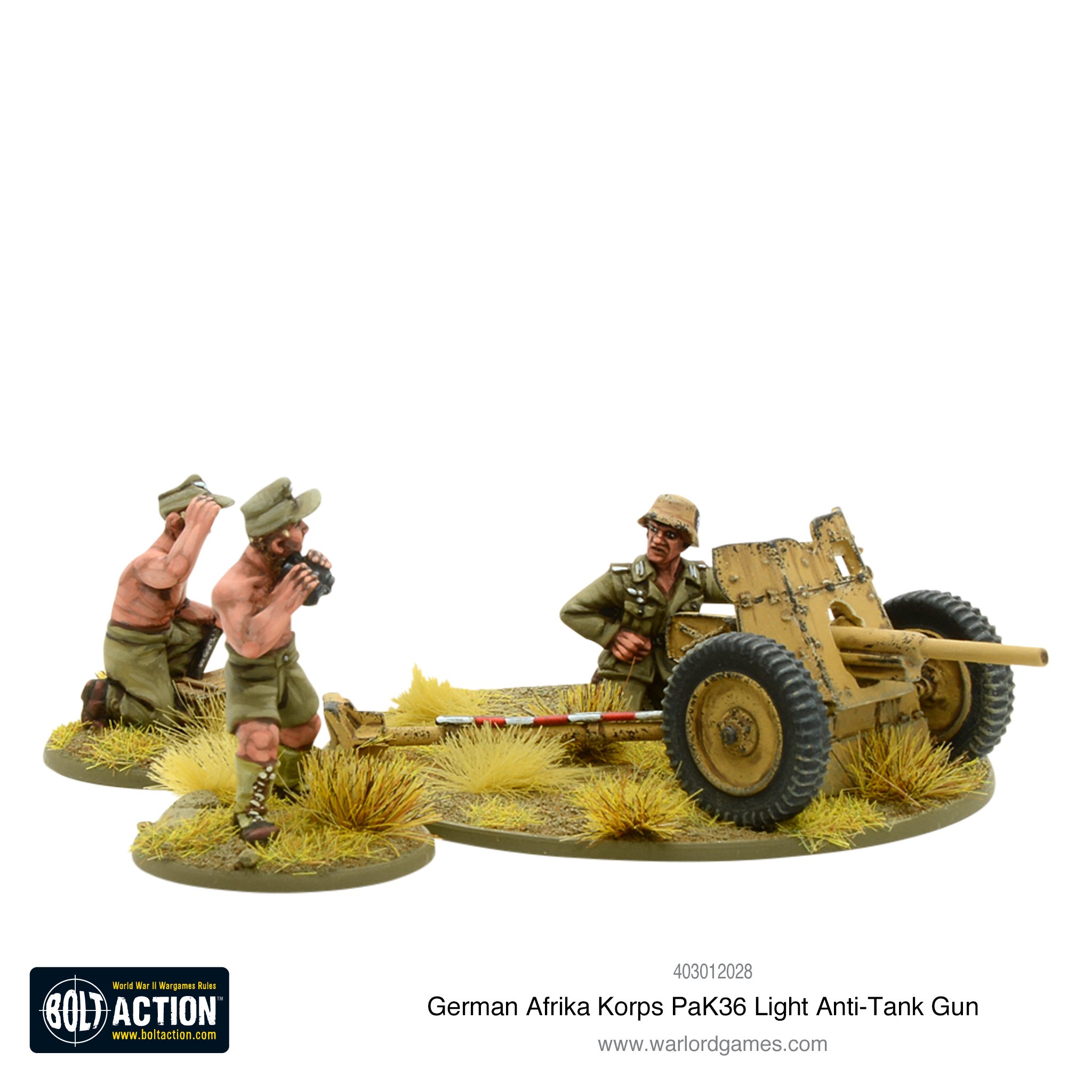 The standard issue German anti-tank gun in 1939, it equipped the Panzerjäger battalions (Pak is short for Panzerabwehrkanone – anti-tank gun, and 36 indicates the year the weapon was designed). It was arguably the best antitank gun in the world at the onset of war, but was quickly outclassed by heavier armour on enemy tanks.

Still, 15,000 were produced for Germany and its allies, and it was still in service in 1945. In order to extend its usefulness the Stielgranate 41 hollow-charge ammunition round was developed. This large, fin-stabilised shell fitted over the end of the barrel, but did not have a very long range.