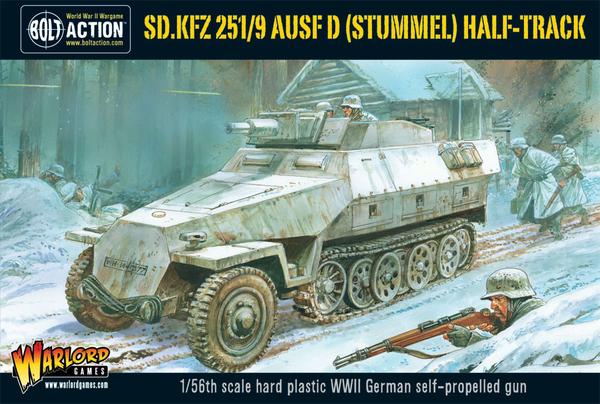 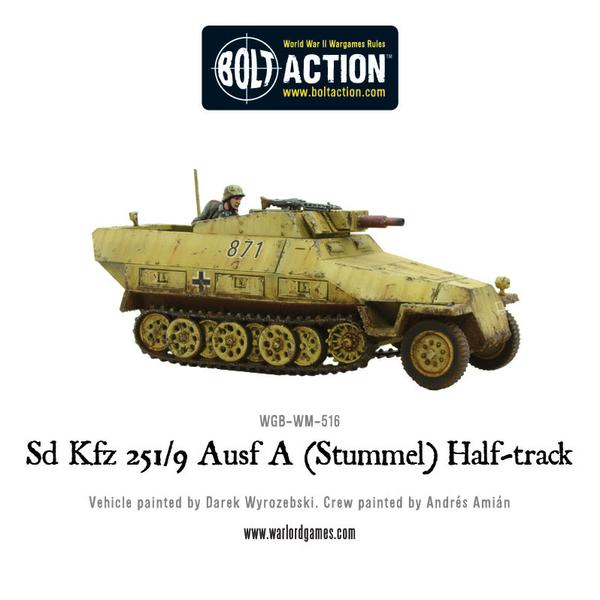 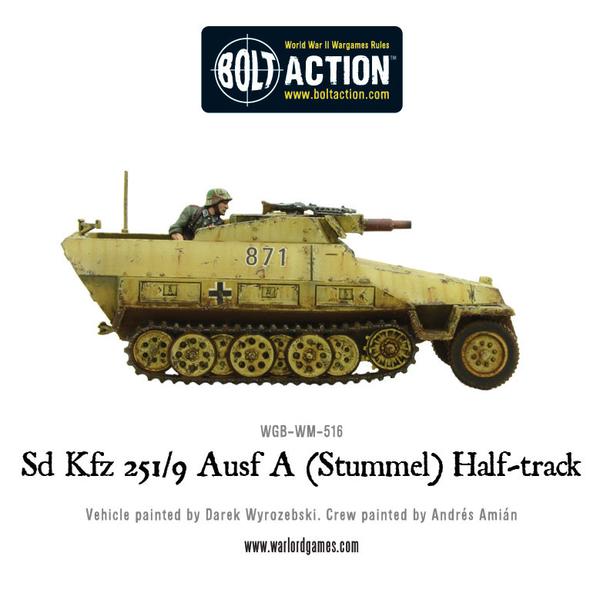 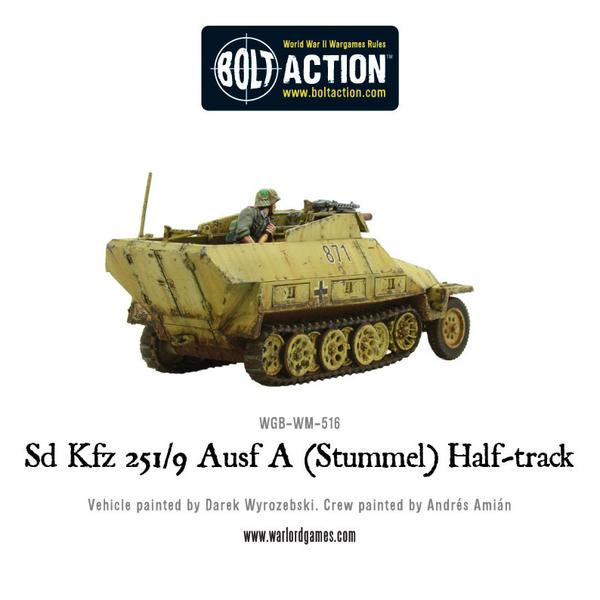 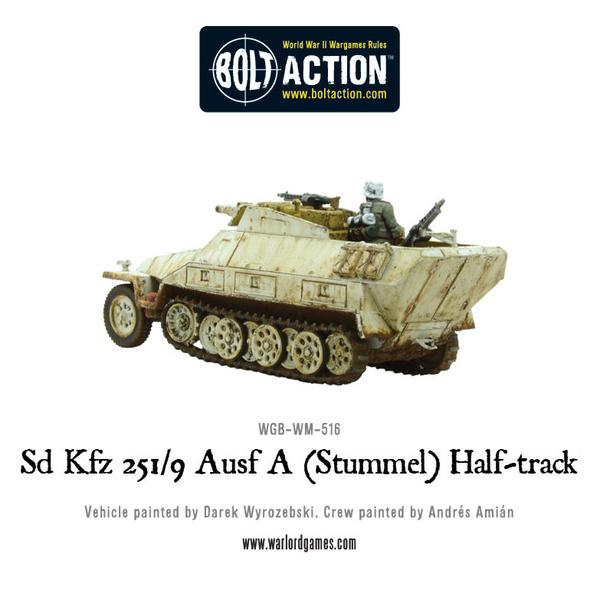 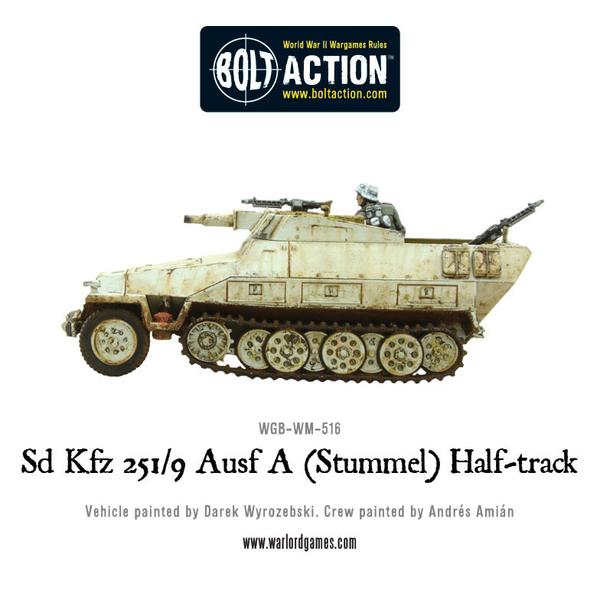 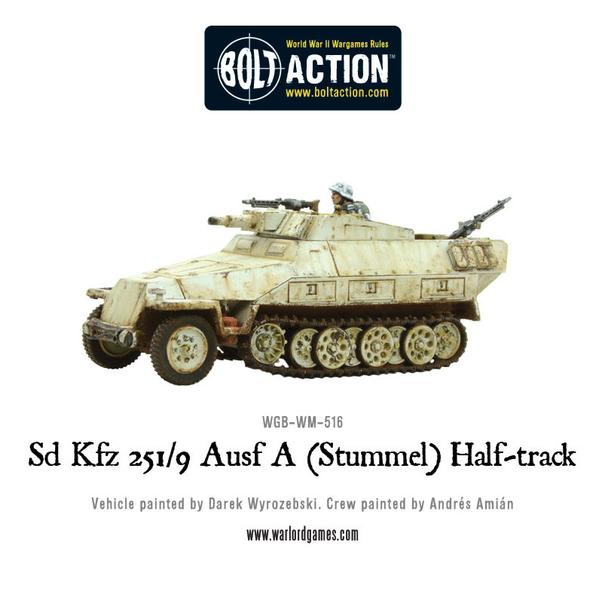 The standard personnel carrier version of the Sd.Kfz 251 halftrack series was equipped with a 7.92 mm MG 34 or MG 42 machine gun mounted at the front of the open compartment, above and behind the driver. A second machine gun could be mounted at the rear on an anti-aircraft mount. The Stummel replaced the forward MG mount with a 75 mm L/24 low velocity gun, the same gun and mount employed on the early StuG III and Panzer IV tanks.

With the characteristic "slack track" design with no return rollers for the upper run of track, and the distinctly recognisable Schachtellaufwerk system of overlapping and interleaved main road wheels common to virtually all German halftracks of the period, the 251 series had a low ground pressure and better traction for cross country performance than most other nations' half-tracked vehicles.

Unlike the Allied halftrack armour the armour plates on the 251 series were designed to stop penetration by standard rifle/heavy machine gun bullets (like the Mauser 7.9x57mm bullet). They accomplished this through the combination of metal thickness (front-facing plates were 14.5mm thick) and sloped armour (V-shape, 8mm thick).

From 1942 each Panzergrenadier Battalion would be supported by a platoon of Stummels, deployed as needed in direct support of other halftracks.