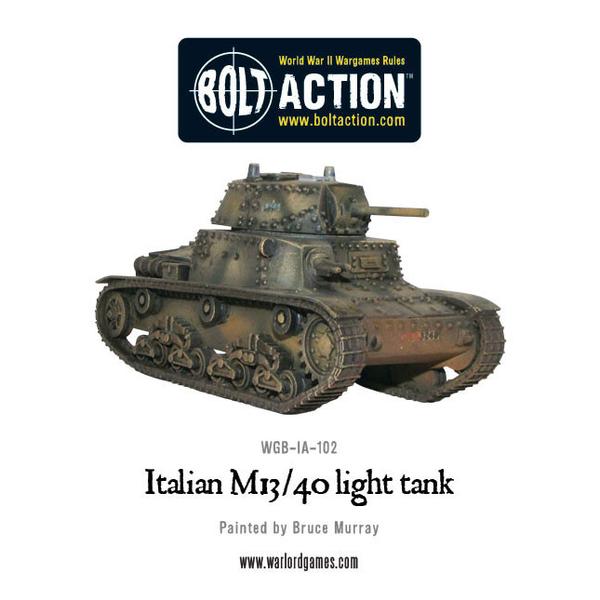 The M13/40 series was Italy's most-produced tank of the war, it was a conventional light tank of the early war period, similar in capability to other Vickers-derived designs such as the Polish 7TP and Soviet T-26.

Having a 47mm long barrelled gun made it more than a match for the British tanks of 1940-41. In April 1941, at the time of the arrival of the Afrika Korps, the Italians had a good number of M13 in first-line service.

This product is supplied unassembled and unpainted. Glue and paints not included. Decals not provided.