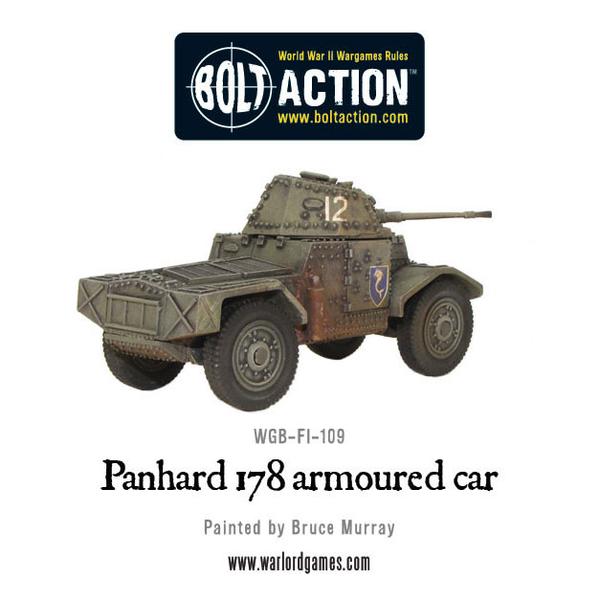 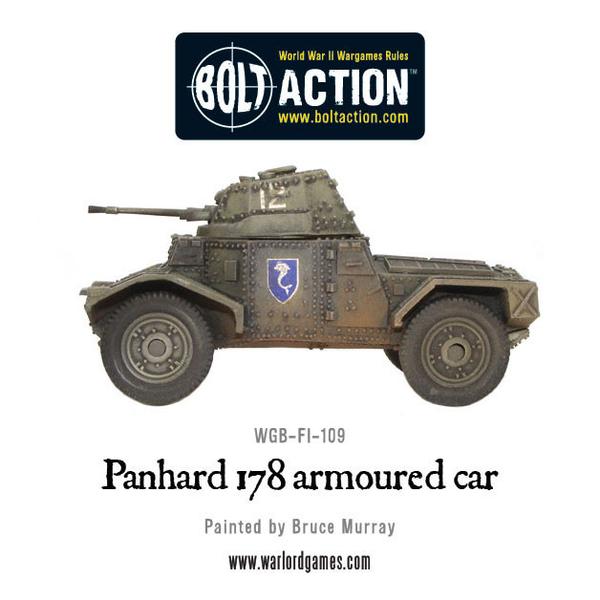 The Panhard 178 or "Pan-Pan" was an advanced French reconnaissance 4x4 armoured car that was designed for the French Cavalry before World War II. It had a crew of four and was equipped with an effective 25mm main armament and a 7.5mm coaxial machine gun.

A number of these vehicles were taken over by the Germans after the Fall of France in 1940, so it makes a good addition to Wehrmacht armies too.