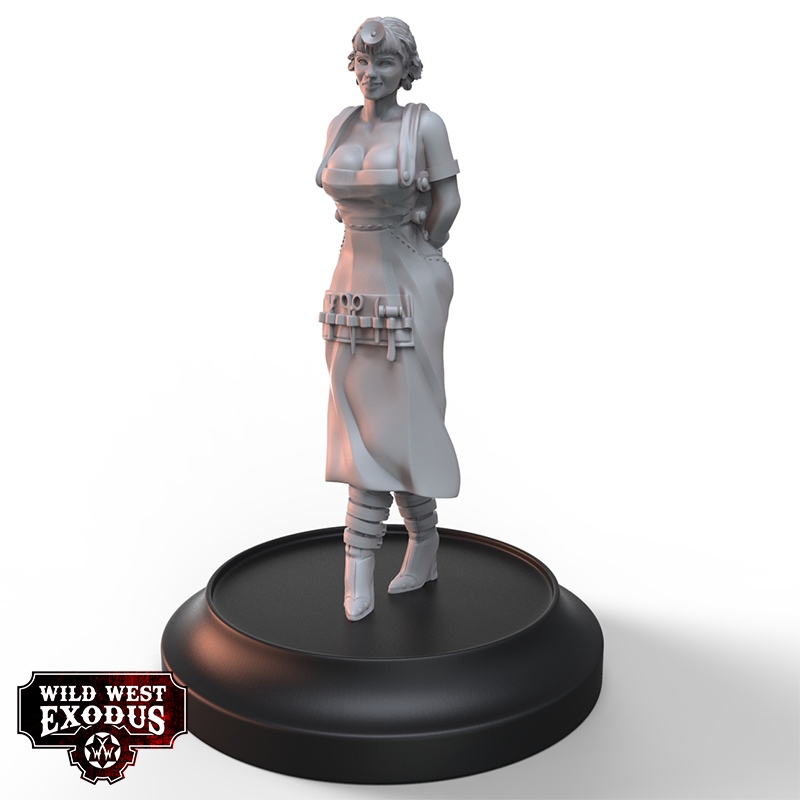 The greatest scientific minds of a generation have been twisted and corrupted by the whispered words of a dark and mysterious force. Once, in another reality, soaring towers of graceful steel would have risen up into the sky built by these men. But now brutal machines of destruction, powered by the very essence of evil, seek to crush the ignorant beneath their iron weight. Medicine that could have saved countless lives now drags the helpless dead back into the land of the living. Mindless automatons moving solely at the direction of these crazed geniuses. Men so convinced of the purity of their own motives and ideals that nothing can be allowed to question them. Once heralded as the saviours of mankind, they now stand to provide the tools and weapons set on destroying all living things on earth.

Unfazed by the mournful screams of the dying or the agonised screams of the reanimated, the assistance of Harmony Ratchet is in high demand amongst the Enlightened. A most capable student of medicine, Harmony's journey began after several years as assistant to her father, the noted Arkansas surgeon James Ratchet. The brutality of the Civil War formed the backdrop for Harmony carrying out her bloody work with countless amputations saving many Confederate lives. After the war, her father now retired, Harmony found her options limited. But as chance would have it, a speaker in the art of galvanism led her to the patronage of Countess Augusta Byron and her path into the Enlightened was assured.