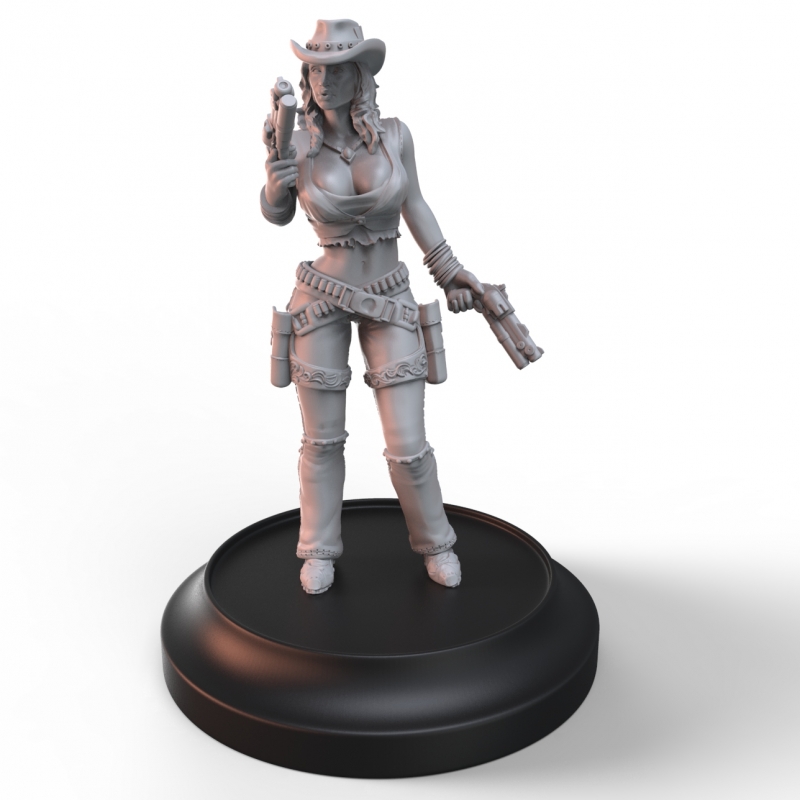 Desperate men, who have turned their backs on the very concept of decency and honour, live as wanted criminals. These degenerates of society struggle for a moment in the spotlight, caring only for the recognition of infamy. Their egos drive body counts higher and higher with each town they pass through. With the clandestine assistance of renegade scientists these men will stop at nothing to be the strongest, fastest, most frightening specters in the Wild West. From bio-mechanical implants to stolen experimental weaponry, only death may stop their headlong quest for fame and wealth. Powerful weapons and a reckless way of life have made the Outlaws a force to be reckoned with.

Once a clean living preacher's wife, Laura had the misfortune of getting caught up in a bank heist perpetrated by Broad Arrow Jack. The notorious outlaw was forced to take Laura hostage after one of his accomplices shot a bank teller dead. While the rest of his gang were cut down by the local Sheriff, Jack made his getaway with Laura and rode out into the mountains far from the town. When Jack rode back into town a month later, Laura was by his side, now his partner in every sense of the word. Together they held up that same bank once more and Laura proved to be a cunning outlaw, not afraid of making use of her considerable charms to get what she wants. Though aware that while Jack might have other girls out there, Laura knows that when she rides out with him, he only has eyes for her.