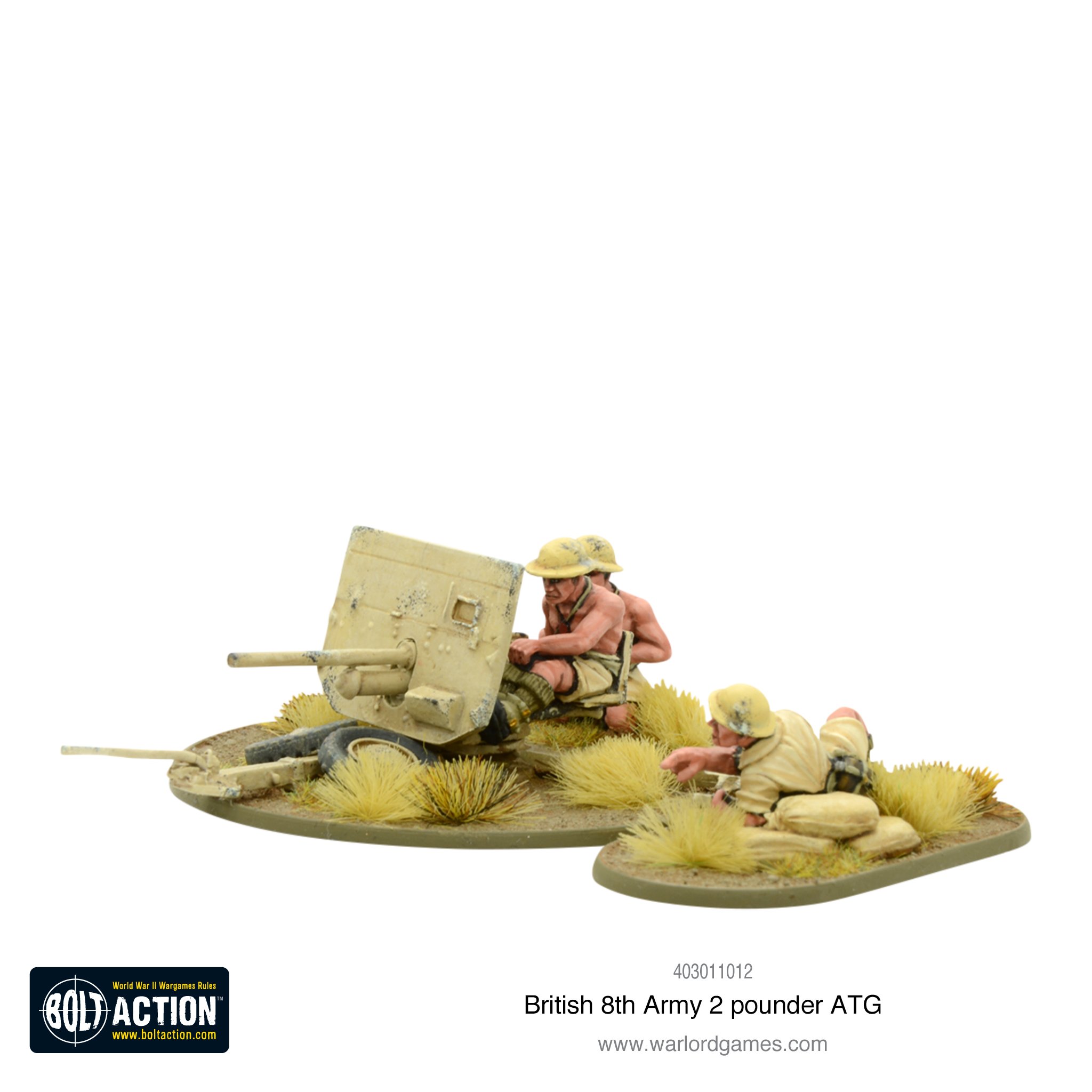 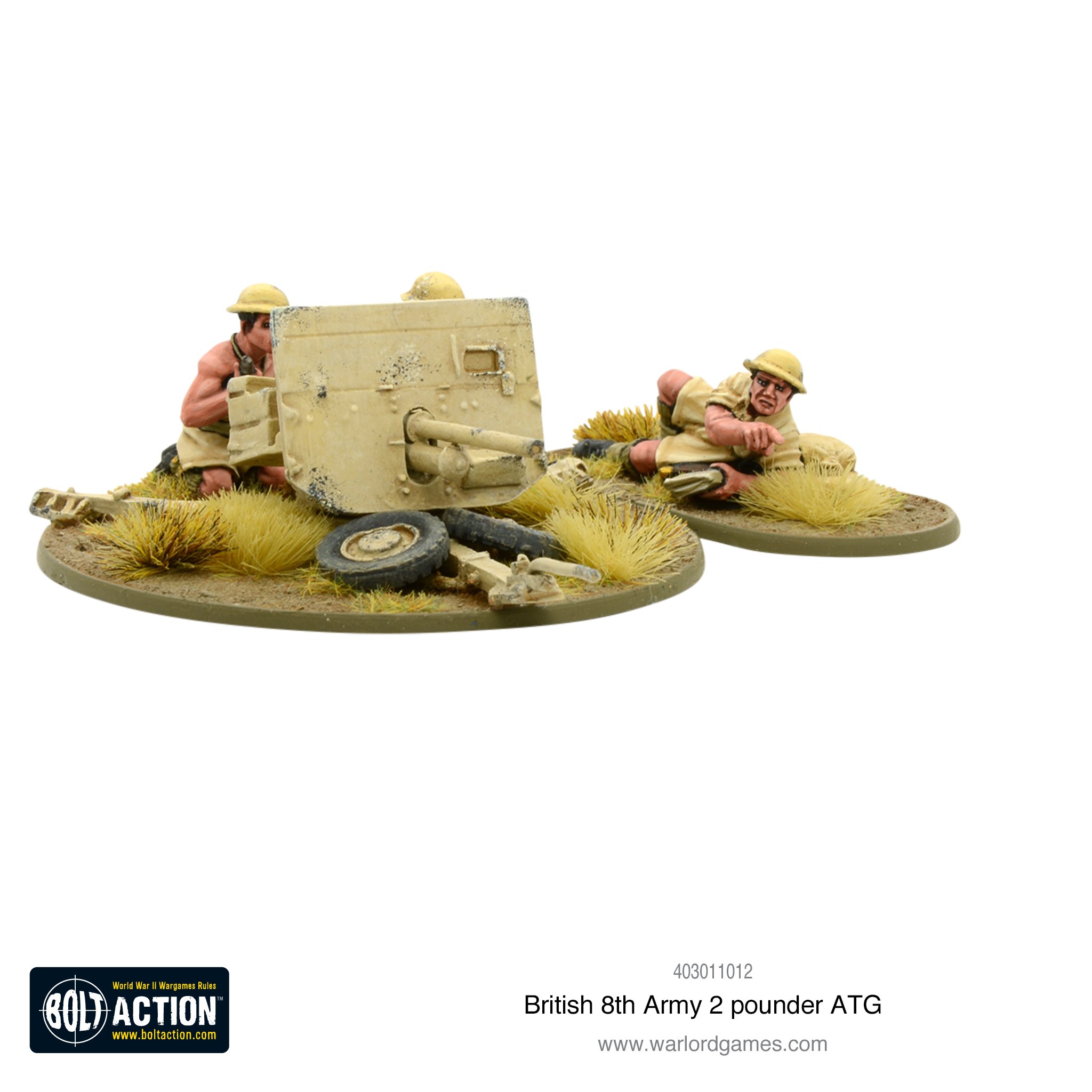 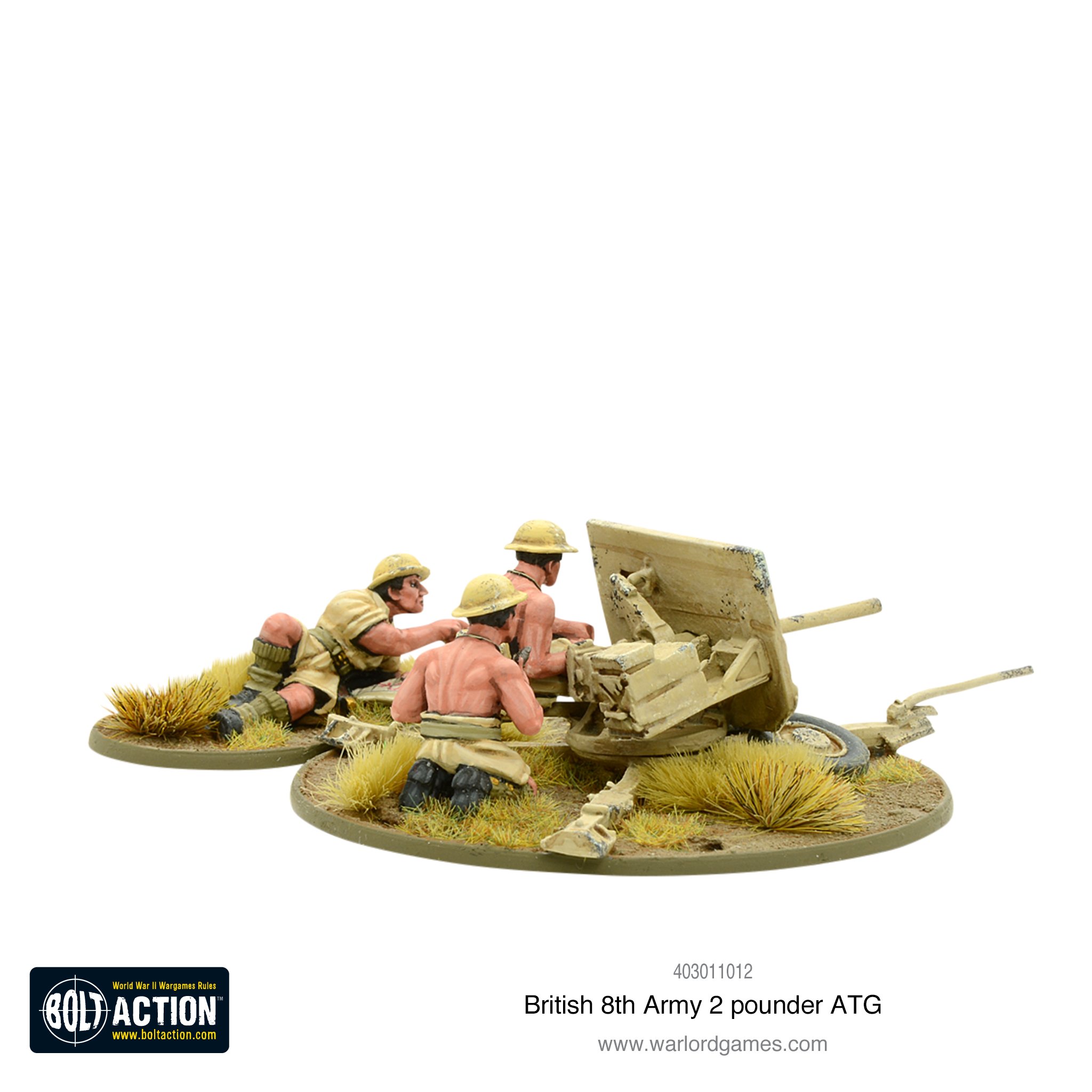 At the outbreak of war, the QF 2-pdr (QF stands for ‘quick firing’) was the standard anti-tank gun of the British Army. It was an adequate weapon for the time, being slightly more effective in terms of armour penetration then the contemporary German 37mm PaK 36. It was, however, larger and heavier and employed an unusual carriage that required the wheels to be removed before it could fire. Against the early panzers, light vehicles and the poorly armoured Japanese tanks it did well and was popular, meeting success in France, North Africa and the Far East.

Though the rapid rate of improvement in German armour made its replacement inevitable in Europe, it soldiered on rather longer against the Japanese and in light vehicles such as armoured cars, whose realistic defence against enemy tanks was flight. As a side-note, the BEF lacked sufficient 2-pdrs and as a result was partially equipped with French 25mm Hotchkiss AT guns, which can be represented by the same entry for players fielding BEF forces.