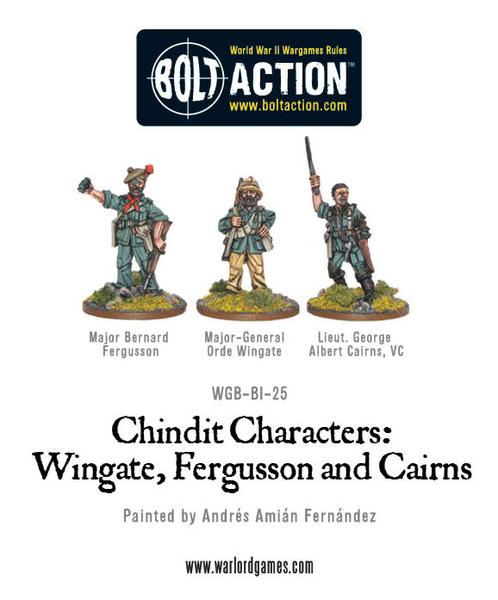 Major-General Orde Wingate is quite possibly the most eccentric character from the Second World War. He would carry an onion around his neck that he would bite into as a snack and often went without clothing.

Major Bernard Fergusson served in the Black Watch before being given command of the 16th Infantry Brigade which was to be converted into a Chindits formation to operate deep behind the Japanese lines.

George Albert Cairns won the Victoria Cross after he was attacked by a Japanese officer who with his sword hacked off the lieutenant's left arm. The latter killed the officer, picked up the sword and continued to lead his men, slashing left and right with the captured sword, killing and wounding several of the enemy before he himself fell to the ground. This action so inspired his comrades that the Japanese were completely routed, a very rare occurrence at that time.